5 things you should know about investing in Bitcoin 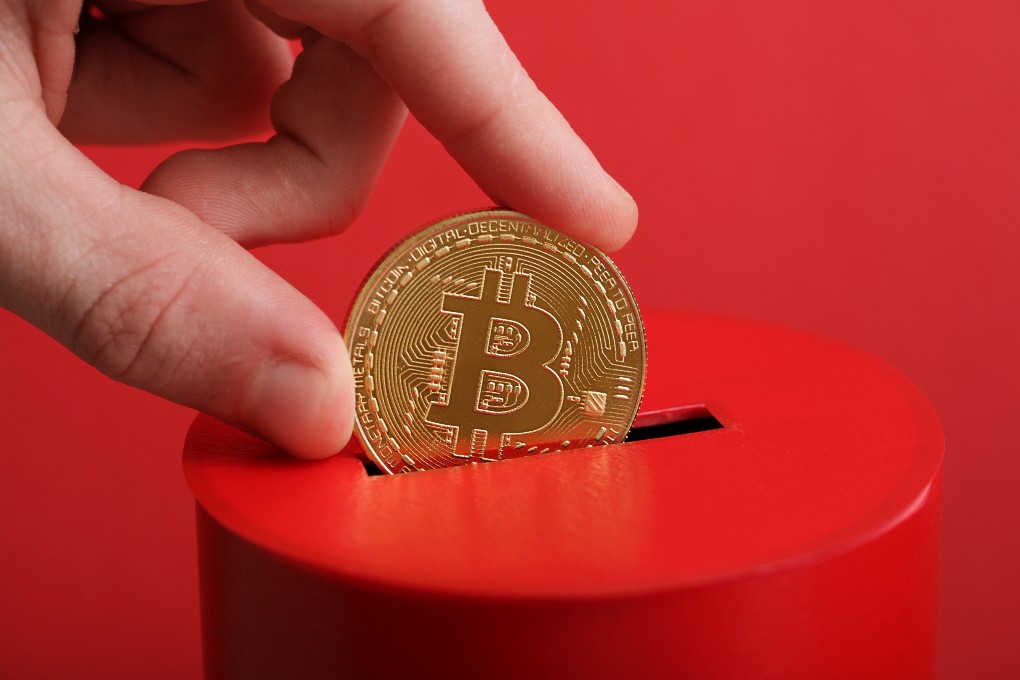 Bitcoin, the original cryptocurrency, was launched with a white paper back in 2009; its author remains anonymous. Bitcoin’s meteoric rise since then, from costing less than a penny to more than US$69,000 in 2021, has minted a large number of millionaires and billionaires. And the fear of missing out on bitcoin has resulted in a tsunami of investors rushing into cryptocurrencies.

Here are five things all investors should know about bitcoin.

And that momentum is expected to continue with investors three times more likely to view bitcoin as a better store of value than a fiat currency 1.

Bitcoin investors remain, for the most part, younger males who tend to be more risk tolerant. But the demographics are shifting. When asked, 46% of investors between 55–64 years of age and 53% of women said they would “definitely” and “probably” consider investing in bitcoin.

Investing in cryptocurrency is becoming mainstream. With more than 10,000 cryptocurrencies 2 to choose from, the biggest question among investors is “which one” is right for them?

Bitcoin was born just as the global stock markets were crashing. The US dollar was in decline, the US housing market was collapsing, and the Federal Reserve had just announced the first round of its multi-trillion-dollar quantitative easing policy.

Bitcoin was a response to the traditional fiat money system. Traditionally, governments borrow money by issuing bonds and ordering central banks to buy those bonds by creating money, consequently devaluing the underlying currency.

Bitcoin gets around this with its scarcity. Bitcoin’s finite supply is the reason many argue it is a superior store of value compared to traditional fiat money.

There are two types of “bitcoins”. Bitcoin (uppercase) the network and bitcoin (lowercase) the token.

The Bitcoin network is a peer-to-peer digital payment system that is created through an encrypted code. This code is comprised of a string of random numbers and letters that creates bitcoin tokens, which are then deposited into a virtual wallet.

3. Bitcoin Does Not Have a Physical Existence

Because bitcoin is digital, it does not exist in a physical sense. It’s a computer code, not issued by any central bank. It can therefore be transferred without the need of a bank, to anyone, anywhere, at any time.

This is a key feature of bitcoin. Without a central bank, money cannot be devalued, and accounts cannot be seized or frozen.

The lack of a central bank also means bitcoin cannot be as readily manipulated as a fiat currency. While bitcoins are regularly being minted, there is a limit to the number that can be created. This is done in order to prevent inflation, but not speculation.

Bitcoin is also cited as a hedge against economic and geopolitical uncertainty. Because bitcoin has a finite supply, is decentralized, and not controlled by central banks, a weakened global economy or stock market correction/crash could see alternative currencies like bitcoin maintain their value or climb higher.

4. Bitcoin’s Network Is Miles Ahead of Its Competition

Bitcoin’s first-mover advantage has given it a huge head start over its cryptocurrency competitors. Bitcoin has a market cap of US$836 billion while Ethereum, in second place, is less than half that size at US$372 billion. In third place is Tether with a market cap of US$78 billion 3.

The disparate size and growing popularity of bitcoin provide it with distinct advantages that gives it superior, long-term growth potential over its peers. Over the years, the Bitcoin network has experienced growing pains. But thanks to an increasing number of uses, miners, and infrastructures, its network has become second to none.

After 13 years of operating as “the” crypto store of value, bitcoin is expected to be the backbone of the entire digital asset ecosystem. This does not mean that bitcoin will not face more challenges. But compared to other cryptocurrencies, it faces less downside risk.

The names of the top 10 digital assets by market cap changes every year; the only constant is bitcoin at number one.

5. There Are Different Ways to Invest in Bitcoin

How should investors go about adding bitcoin to their portfolio? No two investing vehicles are alike. They all have their advantages and disadvantages. Some of the most popular ways of investing in bitcoin are buying it directly, or through futures contracts, and exchange-traded funds (ETFs).

When it comes to gaining exposure to bitcoin, consider ease, transparency, and lack of volatility.

Investors have the option of hot storage, which refers to a cryptocurrency wallet that is connected to the Internet. They’re easy to set up, free, and easy to use, but susceptible to hackers and technical vulnerabilities.

Through bitcoin futures, investors speculate on bitcoin’s future price. Like other assets, bitcoin and other cryptocurrencies can experience huge daily price swings, which can make futures trading risky.

ETFs are great for investors who want to diversify their investment portfolio and avoid the volatility associated with futures and closed-end funds. According to one study in the American Economic Review, the average closed-end fund is 64% more volatile than its assets 4.

With a bitcoin ETF, the investor buys shares in an underlying fund whose goal is to mirror the performance of bitcoin. Some ETFs invest directly in bitcoin, providing investors with exposure to the world’s most popular and valuable cryptocurrency. Going with an ETF allows investors to hold it in their registered accounts like a TFSA or an RSP unlike with bitcoin that can only be non-registered.

3 https://www.forbes.com/advisor/investing/top-10-cryptocurrencies/  Note: Figures as of February 8, 2022)

With approximately $2 billion in assets under management, Evolve is one of Canada’s fastest growing ETF providers since launching its first ETF in September 2017. Evolve is a leader in thematic ETFs and specializes in bringing disruptive innovation ETFs to Canadian investors. Evolve’s suite of ETFs provide investors with access to: (i) long-term investment themes; (ii) index-based income strategies; and (iii) some of the world’s leading investment managers. Established by a team of industry veterans with a proven track record of success, Evolve creates investment products that make a difference. For more information, please visit www.evolveetfs.com.

Any reproduction, in whole or in part, is strictly prohibited without the prior written consent of National Bank of Canada.

The contents of this website must not be interpreted, considered or used as if it were financial, legal, fiscal, or other advice. National Bank and its partners in contents will not be liable for any damages that you may incur from such use.

Views expressed in this article are those of the person being interviewed. They do not necessarily reflect the opinions of National Bank or its subsidiaries. For financial or business advice, please consult your National Bank advisor, financial planner or an industry professional (e.g., accountant, tax specialist or lawyer).

Meet with an advisor who can help you achieve your savings goals.

Sign up for our newsletter to get recent publications, expert advice and invitations to upcoming events.